Earthworms play an essential role in carbon turnover, soil formation, cellulose degradation and humus accumulation. Earthworm activity profoundly affects the physical, chemical and biological properties of soil. Earthworms are voracious feeders of organic wastes and they utilize only a small portion of these wastes for their growth and excrete a large proportion of wastes consumed in a half-digested form. The Earthworms intestine contains a wide range of microorganisms, enzymes and hormones which aid in rapid decomposition of half-digested material transforming them into vermicompost in a short time, nearly 4 – 8 weeks compared to traditional composting which takes advantage of microbes alone and thereby requires a lengthier period (nearly 20 weeks) for compost production.

As the organic matter passes through the gizzard of the earthworm it is grounded into a fine powder after which the digestive enzymes, microorganisms and other fermenting substances act on them further aiding their breakdown within the gut, and finally passes out in the form of “casts” which are later acted upon by earthworm gut associated microbes converting them into mature product, the vermicomposts. Earthworm’s ability to increase plant nutrient availability is likely to be dependent on the activity of earthworm gut microflora where microbes mineralize the organic matter and also facilitate the chelation of metal ions.

Earthworms harbor ‘nitrogen-fixing’ and ‘decomposer microbes’ in their gut and excrete them along with nutrients in their castings.

Vermicompost can significantly influence the growth and productivity of plants due to their micro and macro elements, vitamins, enzymes and hormones. Vermicompost contains nutrients such as nitrates, exchangeable phosphorus, soluble potassium, calcium, and magnesium in plant available forms

For improved plant vigor, greater stress tolerance and increased yields Vermicompost Liquid Extract is an all-natural bio-stimulant derived from worm castings through a controlled extraction process. Unlike a typical “compost tea” that is “brewed” and must be used immediately, Vermicompost Extract is a stable product that may be stored and used as required.

Organically listed for use in certified organic production.

Made from highly uniform pre-composted dairy manure that has been composted for six months or more before it is forked over to the worms. That means piling it up and allowing it to get naturally hot enough to kill unwanted seeds and pathogens.

Based on plant canopy, spray to achieve 100% leaf coverage, only to the point of run-off. 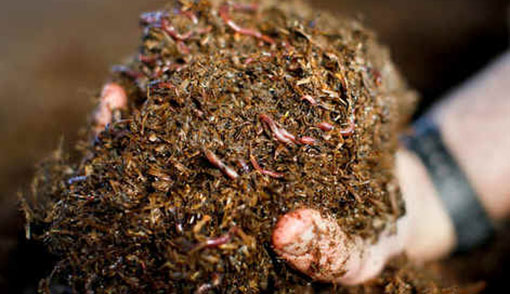