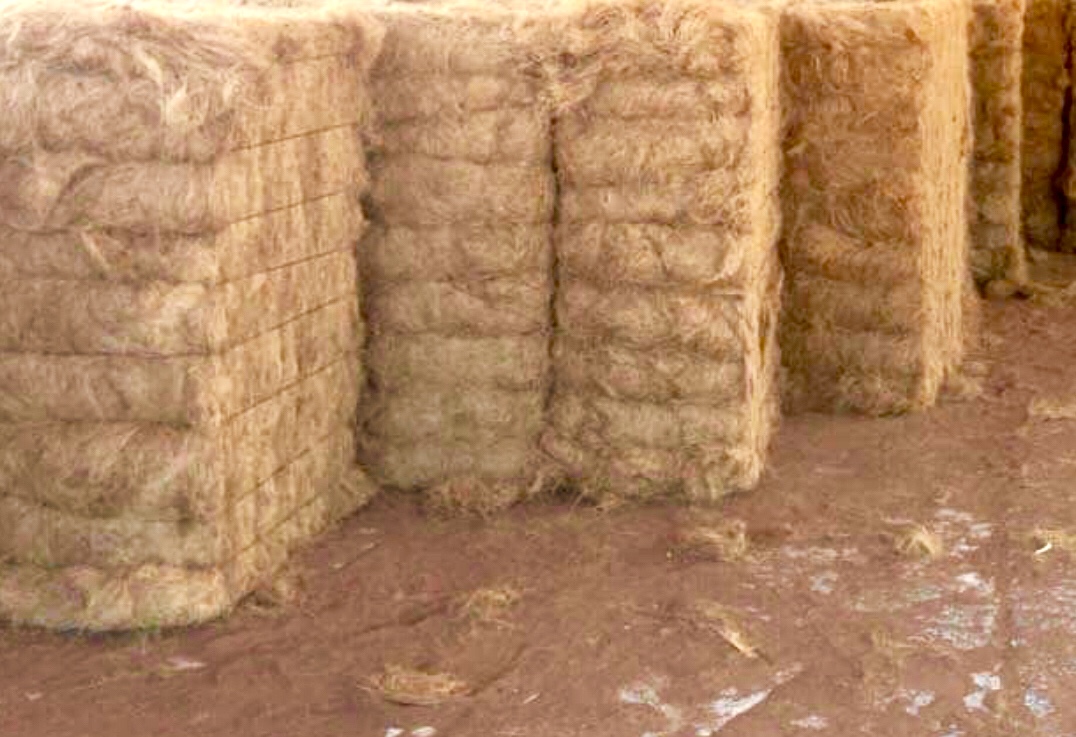 Coir, also called coconut fibre, is a natural fibre extracted from the outer husk of )§coconut and used in products such as floor mats, doormats, brushes and mattresses and from cotton flax plant was discovered. Coir is the fibrous material found between the hard, internal shell and the outer coat of a coconut. Other uses of brown coir (made from ripe coconut) are in upholstery padding, sacking and horticulture. White coir, harvested from unripe coconuts, is used for making finer brushes, string, rope and fishing nets. It has the advantage of not sinking, so can be used in long lengths in deep water without the added weight dragging down boats and buoys.

Coir must not be confused with coir pith, which is the powdery and spongy material resulting from the processing of the coir fibre. Coir fibre is locally named ‘coprah’ in some countries, adding to confusion. Pith is chemically similar to coir, but contains much shorter fibers. The name coco peat may refer either to coir or the pith or a mixture, as both have good water-retaining properties as a substitute for peat.

Coir fibres are found between the hard, internal shell and the outer coat of a coconut. The individual fibre cells are narrow and hollow, with thick walls made of cellulose. The coir fibre is relatively waterproof, and is one of the few natural fibres resistant to damage by saltwater. Fresh water is used to process brown coir, while seawater and fresh water are both used in the production of white coir. 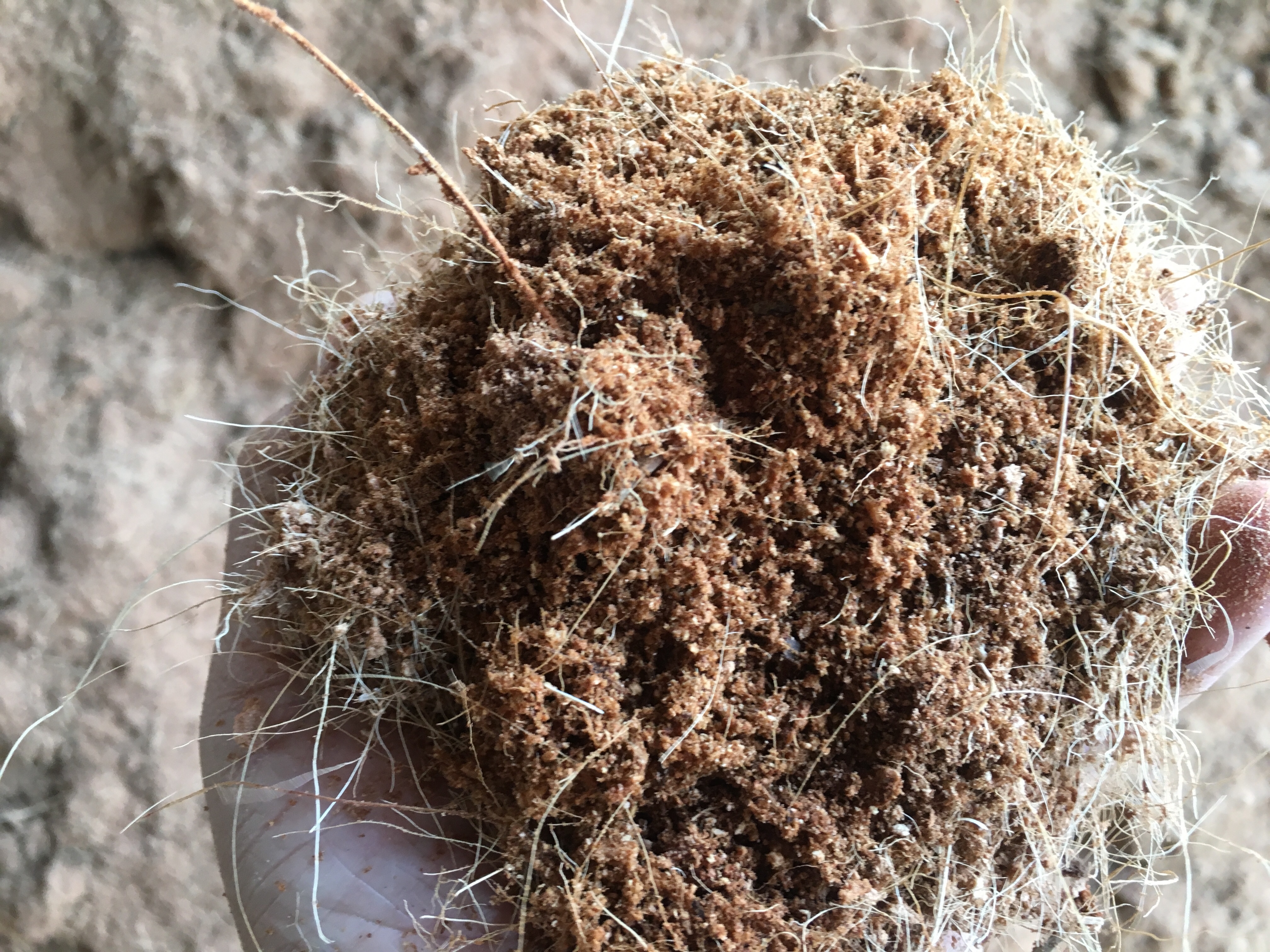 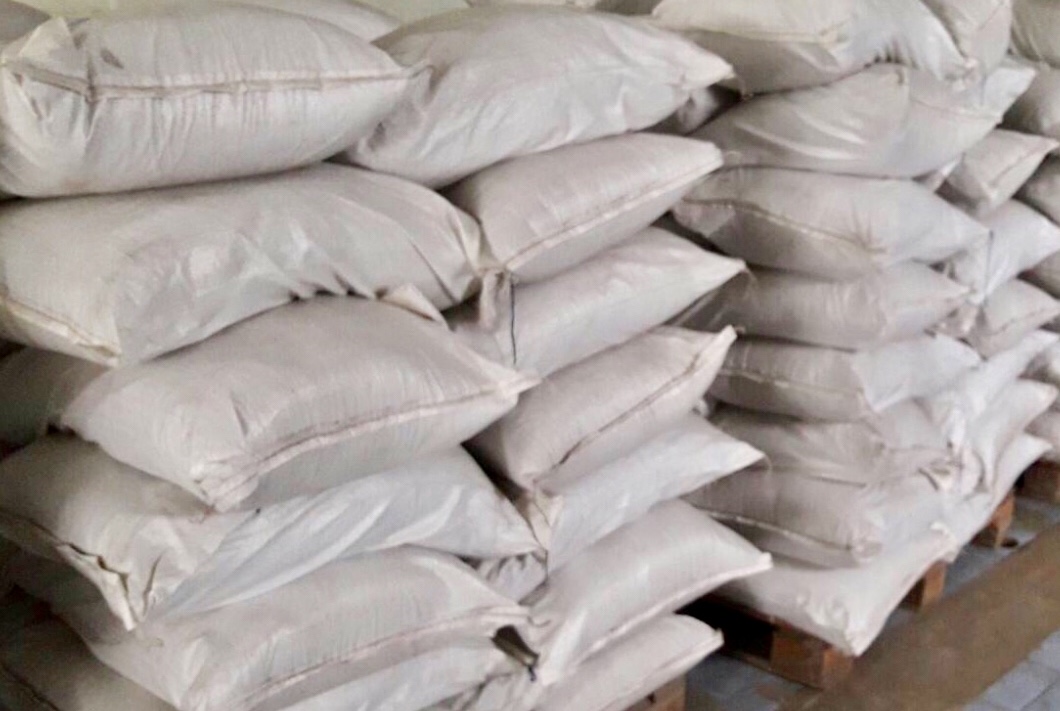 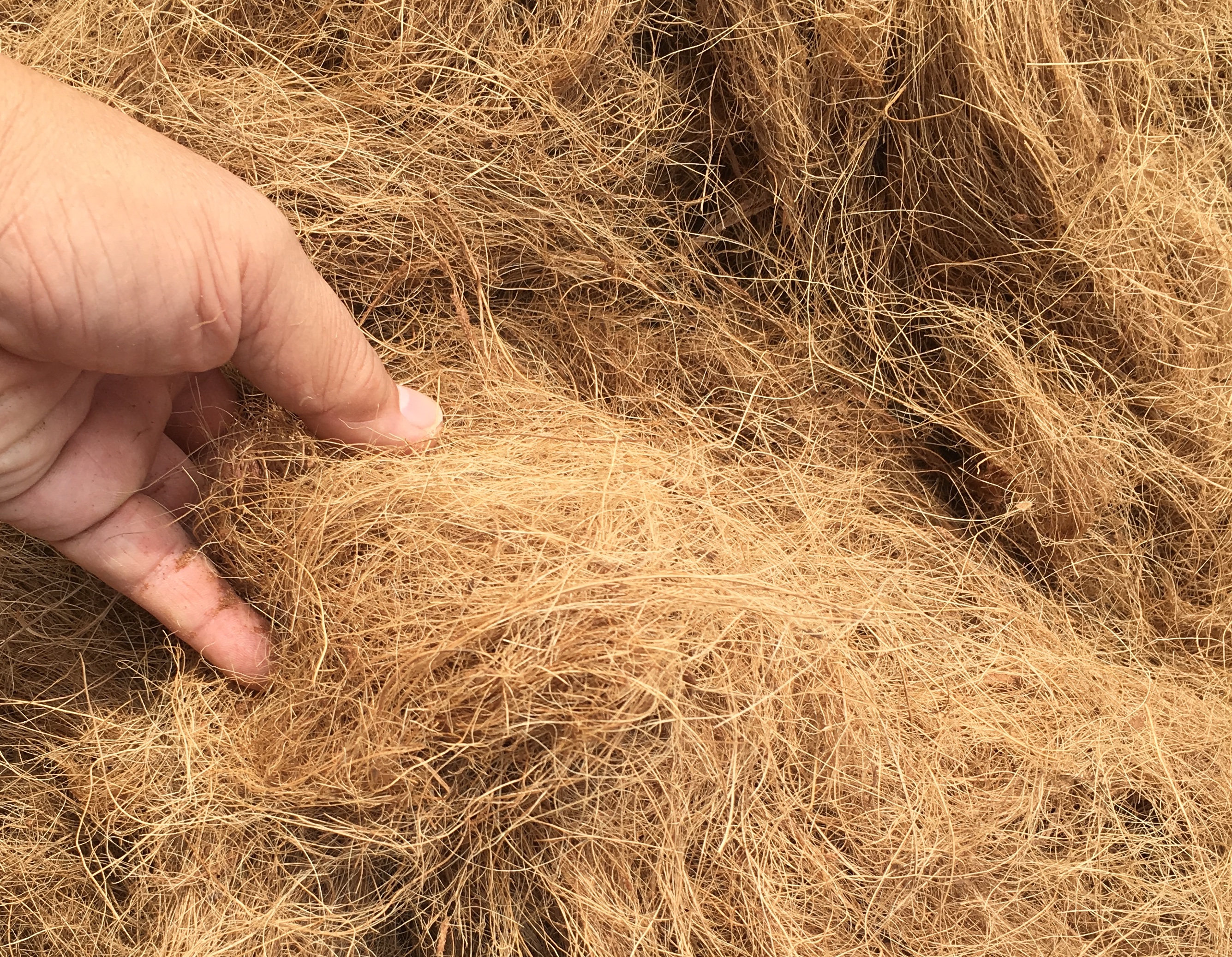